This is how Libra helps Facebook to make money

1 0 Saturday, May 30, 2020
Facebook CEO Mark Zuckerberg explains how the new cryptocurrency Libra has helped Facebook make more dollars. At the company's annual shareholder meeting on Wednesday, Zuckerberg was asked how Facebook could make money from Libra.

The Libra has not yet been made public. In response to that question, Zuckerberg said, "Other tools, such as new cryptocurrencies and online shops, make commerce more effective for businesses." It also raises our advertising fees and benefits Facebook financially. '

That's why Facebook never sells ads at a set price, but instead sells ads through bidding, says Zuckerberg. Facebook allows advertisers to advertise based on age, location, interests and a variety of other attributes.

"When an ad runs on Facebook, users click on the ad and they like to buy the ad because they have the means to pay for it," Zuckerberg said.

Zuckerberg's remarks clarify the company's strategy behind bringing in new payment and ecommerce features. Facebook and its partners are promoting Libra as such a payment medium.

Those who have to send large sums of money abroad but do not have access to financial services can help such people. The company is also confident that Facebook could benefit from Libra, even if it faces stricter regulation.

Sopify, Uber, Lift and Spotify are all part of the Libra Association. Previous partners PayPal, eBay, Visa and MasterCard have opted out of the association.

Facebook is also working on a new digital wallet to store the cryptocurrency. This week, he renamed the digital wallet Calibra Novi. According to the Libra Association, HSBC's chief legal officer, Stuart Live, will be the first CEO of Novi.

Libra was said to be unveiled within the first six months of 2020, but so far the project has not been unveiled. There is no word on how far it has progressed.

The 48th proposal was also put forward in the shareholders' meeting on Wednesday. Proposals were also put forward to control the power of CEO Zuckerberg and to push back the company's plans to launch a by-default and end-to-end encryption service on the messaging services of companies such as Messenger and Instagram.

But as expected, all eight proposals were procured. Zuckerberg's power in the company will remain the same because he has enough stock in the company to gain big voting rights. 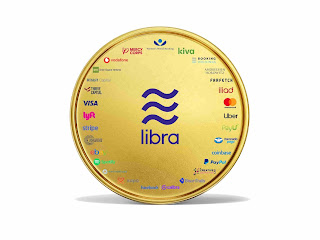